GLA Reshuffle: Boris Goes Back To The Future Expenses: Cough ‘Em Up, BriCo

Sold Out Summer Of Cycling 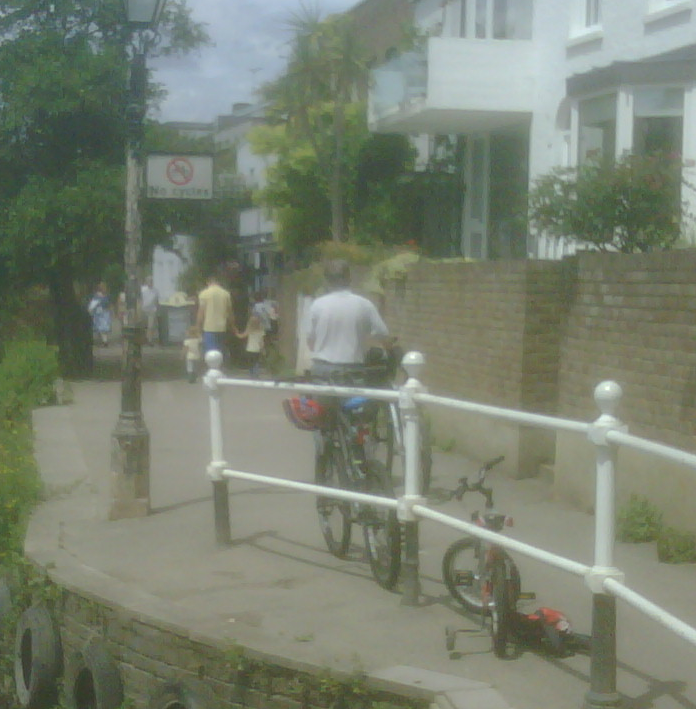 Normally Boris’s timing leaves a certain amount to be desired, but in picking summer 2009 to try and boost cycling he appears to have leapt unerringly onto a moving occasionally-open-doored imaginary neo-Routemaster.  Take this from the Independent:

Bike shops are struggling to meet demand, which has tripled in the past 12 months despite massive price hikes. And that was before yesterday’s start of the Tour de France, usually an annual sales trigger for armchair cycling enthusiasts.

There are a number of reasons for this, to my mind, but the one picked out by the Indy is this:

Mark Brown, director of the Association of Cycle Traders, said: “Cycle to Work has been really important as it reduces the cost of cycling and means it’s no longer just for enthusiasts. It has reached a tipping point, which is getting more people on to their bikes.”

I can attest to this – we’ve recently acquired a bike through this scheme, and my other half is as good as a mine canary for indicating forthcoming trends (her workplace is currently fifth in TfL’s Cycle Challenge list, actually).  This is also a good example of why the tax system is a great way to get things done – CtW was set up in 1999 (which makes it, er, Gordon Brown’s work, and an example of the early promise of New Labour which does make you wonder where it all went wrong) but in the nature of these things it’s the peculiar combination of last year’s massive oil price rise, the good weather, the Olympic cycle triumphs in Beijing and a general undercurrent of opinion that cycling is no longer for idealistic greens or superfit Lycra clad exotics that has produced what does appear to be a tipping point.  Boris is, rather surprisingly, in the right place at the right time for once – at the Blur gig on Friday a mate who cycled in from West Kensington to work in the City to beat the tube strike confessed that he’s carried on cycling, as it beats the tube for convenience.  Nice one, Bob Crow.

This does cause a problem, though – so far Boris’s cycle policy appear to be one of trying to encourage people to get (back) on the bike (which is cheap, even taking into account that Saatchis did the campaign, which looks like a soap powder ad to me).  It looks like this is rather superfluous now, and the next big issue will be equipping London to deal with all these new cyclists, either with safety training to improve confidence, more secure cycle parking/stands (particularly at transport interchanges) and better cycle lanes.  Generally, the wider the group of people doing something, the more help they’ll need (and the greater the benefits).  Not everyone will be ready to mix it with HGVs on a gyratory on the first day.

Now, it’s fairly obvious to me that there’s a sharp division in the cycling community over cycle lanes – practically no one thinks that painting 30cm of the road green and parking cars on it really counts, but there’s disagreement over whether it’s best to have completely segregated cycle lanes or force car drivers to share space with cyclists and thus (hopefully) work out an equitable sharing of road-space and respect.  Personally I lean towards the segregated idea, contraflow cycle lanes, creating routes away from main roads by intelligent use of parkland and riversides etc. plus, of course, actual carrot-and-stick measures like congestion charging, smarter travel schemes etc. to reduce the number of cars in the first place, which has public health and environmental benefits by itself, plus allowing the redistribution of road-space to less damaging forms of transport.  Finally, there needs to be a long-term commitment to cycle facilities being maintained rather than put in place for the PR boost and then neglected.

This kind of joined up thinking is where Boris’s current strategy falls down.  Let’s take it piece by piece:

Finally, it’s time we got some more blogs linked here, so if anyone knows good London cycle blogging I’ve missed (and there’s a lot out there, further evidence of that tipping point) then we’ll add them to the roll.