New Bus For Hong Kong? No, Thanks.

It’s hardly a secret that Boris has managed to con the Government into sending his overweight, costly, unsafe and ludicrously ugly buses on a World Tour – the first two vehicles, LT1 and LT2 are actually on loan to the Foreign and Commonwealth Office.  They’ve now been joined by LT3, which was shipped out over the summer, doubtless to the relief of Arriva who have to put up with the remaining five prototypes on the 38.  The FCO is very bullish about the whole thing:

Unfortunately things didn’t quite go to plan on the excellence front, as they couldn’t start it to get it off the boat. 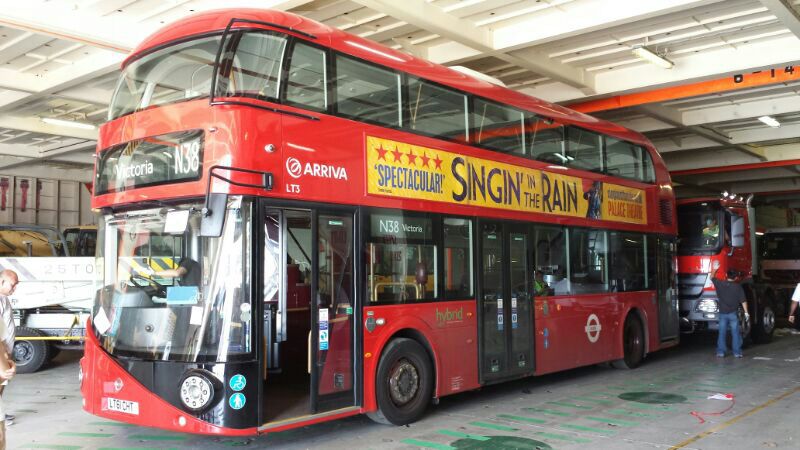 Reportedly this all took some hours to sort out after which the bus, which was holding up a delivery of trucks which presumably worked fine, was parked at the docks.  They seem to have had trouble finding mechanics capable of dealing with an unreliable bespoke London bus on the other side of Asia. Funny, that. 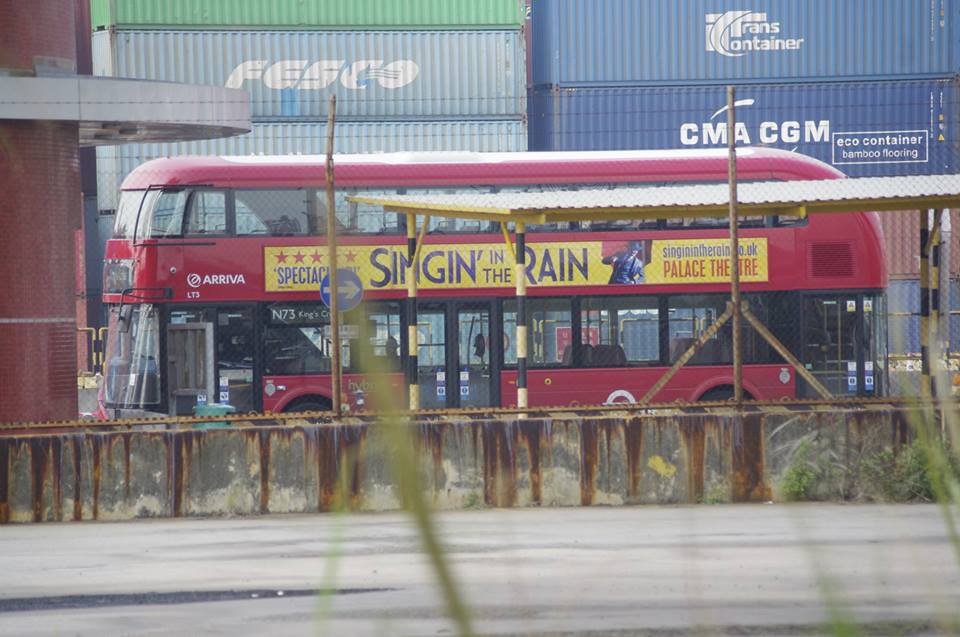 The curious thing is this – Hong Kong is a valid target for a UK bus export drive for the simple reason that it’s got a high demand for buses due to space constraints and also that they drive on the left, so even the completely asymmetric and non-LHD convertible New Bus for London might stand a chance. Unfortunately they also demand working air conditioning to cope with the heat and, well, that’s not a strong point of the Roastmaster, to be honest.

Also Hong Kong likes to go large with its vehicles, liking behemoths with over 100 seats and three axles. An 11.3m bus with a substandard capacity is therefore not likely to be a serious rival.

So, who is supplying the Hong Kong bus market if the best and brightest at TfL, Heatherwick and Wrightbus can’t produce a suitable vehicle.  Well, Alexander-Dennis for one, Britain’s other volume double decker producer:

The first is a ground-breaking, three-axle double deck for export markets that is lighter, more fuel efficient, easier to maintain – and can carry 135 passengers.The new generation Enviro500 has secured orders for over 530 vehicles from Hong Kong’s leading bus operators.

I suspect that, before investing in 530 of them, the Hong Kong bus operators made double sure that they’d actually start and be able to cool their passengers and indeed carry enough of them to be worthwhile.

Quite where this leaves the NB4L tour is puzzling, as Hong Kong already appears to know what it wants and be quite willing to go to the UK’s private sector suppliers to get it.  All the FCO seem to be doing is using public money to push a rival product into ADL’s successful export market.  Furthermore it’s a rival which is considerably less suitable and with obvious flaws, which as you might expect has annoyed ADL.  At last week’s Bus and Coach Expo in Birmingham and while announcing what, if it comes off, would be a considerable technical advance on the NBfL, the CEO made another not very veiled comment that is open to interpretation:

In revealing what he describes as a “virtual electric” bus, he said: “As with previous ADL technology advancements, the ‘virtual electric’ will do what it says on the tin. Yes, we will fine tune it in co-operation with operators – but we will not be selling them lame ducks they later regret buying. Too often the advancement of technology in the British bus sector is hampered, and dragged back, by ill-conceived products that are brought to market too early, well before they are proven or anywhere near the reliability levels required.”

He continues: “If I am honest, too often politicians are also drawn into supporting sexy solutions that grab headlines, solutions that fail to deliver in the long-term. The crux of the electric vehicle debate is that battery technology – at this stage – is simply not up to the demands expected in our sector.”

Whatever can he mean? NBfL?  Quaylink?  Early Wrightbus hybrids with van engines? Original *cough* ADL hybrid?  Leon Daniels’ Wrightbus Streetcar ftr bendy buses? In truth, Robertson is asserting that ADL’s baby-steps evolution-not-revolution is the most likely option for developing a viable long-term system, which is fair enough – they do reliable, not sexy, which is one reason people with a real need to move passengers around go for them.

This isn’t the first time ADL’s CEO Colin Robertson, who can legitimately feel very hard done by over the NB4L  has made veiled references like this – back in 2012, for instance:

This business is not about producing the most glamorous Ferrari of the bus world. It is about practical, fit-for-purpose vehicles that deliver what they promise. Yes, we want them to look smart and stylish but, along with this, they need to be built using modern manufacturing processes. These are the fundamentals that enable built consistency across all products and in all locations – and will raise the bar still further on quality, while keeping costs in check

Given the NBfL’s combination of high costs and low build quality, witnessed not just in the breakdowns but also the poor finishing noted by Helen on most NB4L journeys, who can say he’s wrong?