We’ve had reports today of residents in Harrow receiving a letter from the Mayor of London, telling them how to vote in next month’s local council elections. A similar letter, tailored to the local ward level of Syon in the constituency of Brentford and Isleworth, has appeared on the admirable website www.electionleaflets.org : 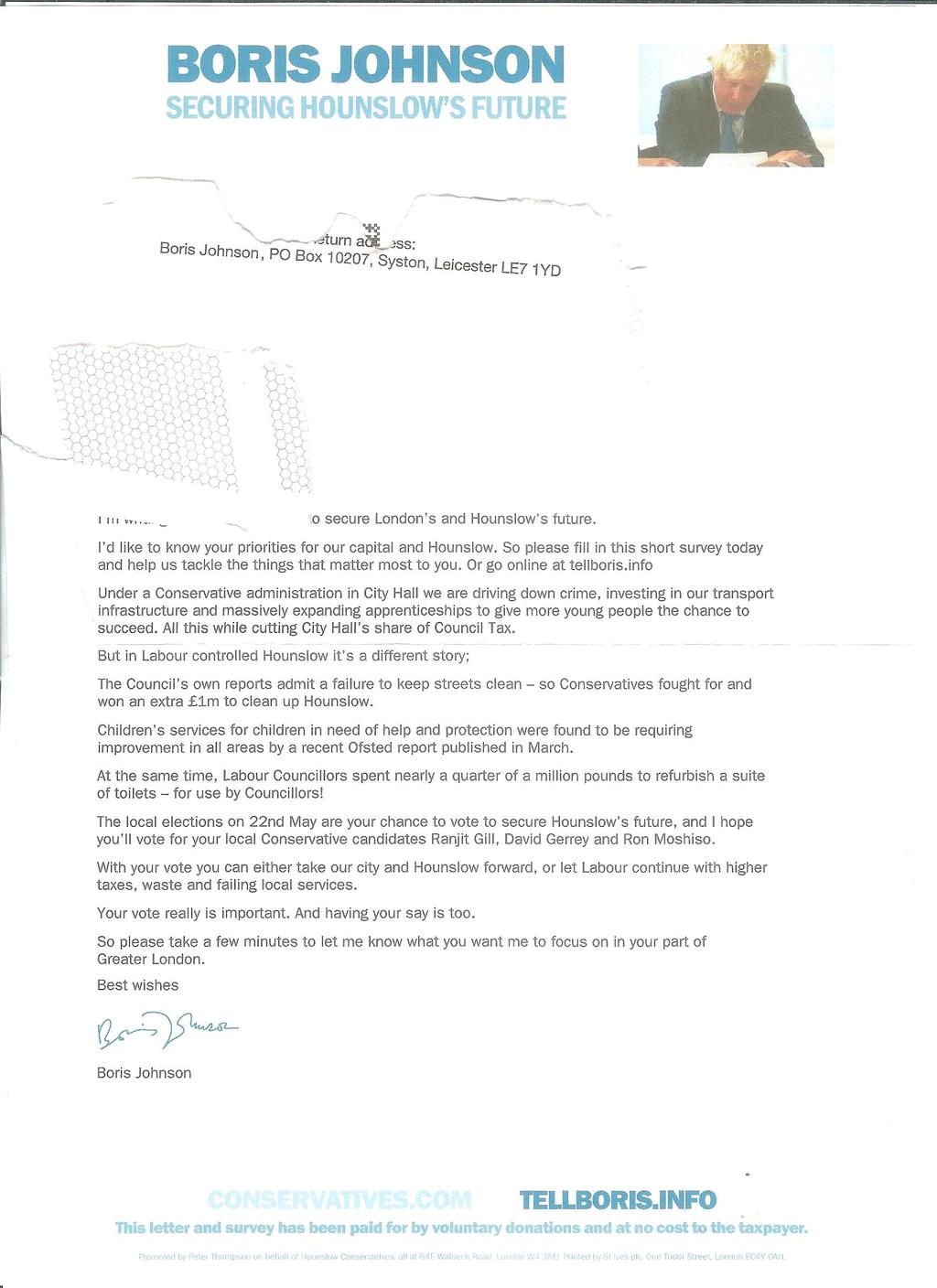 The letter ends with the Mayor exhorting the recipient to:

…take a few minutes to let me know what you want me to focus on in your part of Greater London.

The Mayor of London, asking Londoners to let him know what they would like the Greater London Authority to concentrate on in their particular borough?

Or the Conservative Party, harvesting the personal details of unsuspecting Londoners on the pretext of an official survey from the Mayor of London at City Hall, home of London’s strategic regional government, the Greater London Authority? Note how CONSERVATIVES.COM at the foot of the letter is so pale as to be virtually invisible.

Have a look at tellboris.info and see what you think.

Do upload any letters you may receive yourself from Boris Johnson to http://www.electionleaflets.org/ – they can prove useful in recalling pre-election lies such as this whopper from the last London Mayoral election: 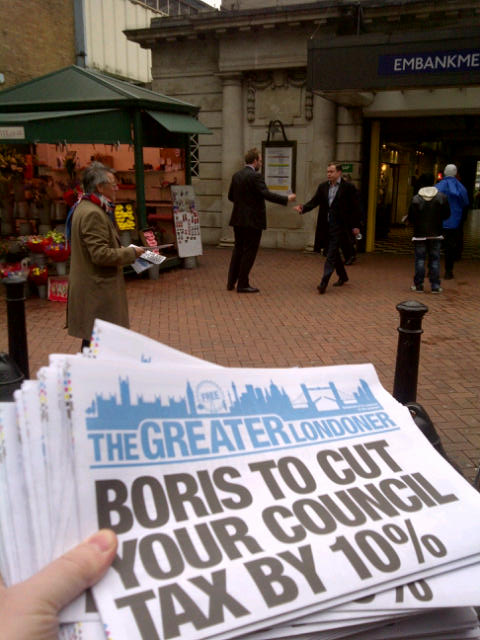