The Lard Bus Puts It Straight Back On

Having taken the wee out of the New Routemaster for several years for being massively overweight and unable to meet TfL’s capacity it’s only fair to point out that the weight has come down:

So, steady improvement then, and only 300kg about the originally planned 11800kg.

The most recent conversion, the 453, is also the first route wholly run by Euro VI buses, which have had to be substantially re-engineered to take the heavier, hotter Cummins Euro VI engine, now built in China rather than Darlington.  The rate of conversion has been noticeably slow, too, suggesting supply chain issues.

The 453 stands at Marylebone station at the northern end, convenient for me returning from a trip on Friday night, so I took a close look at brand new NRMs LT297 and LT307.  The result surprised even me: 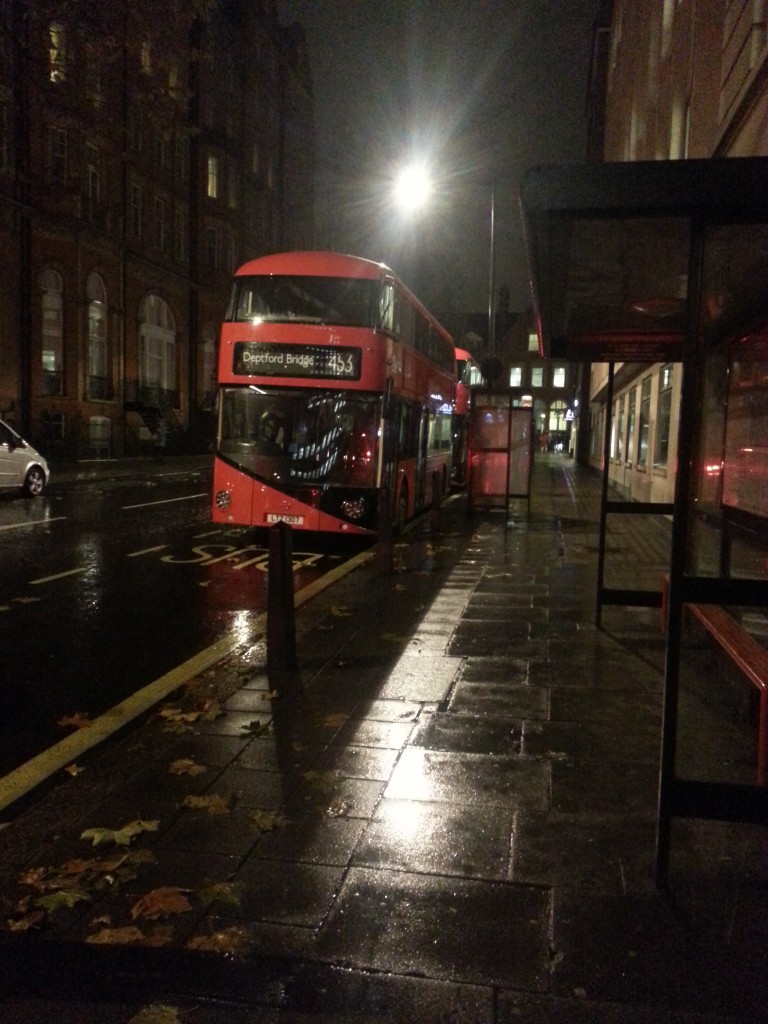 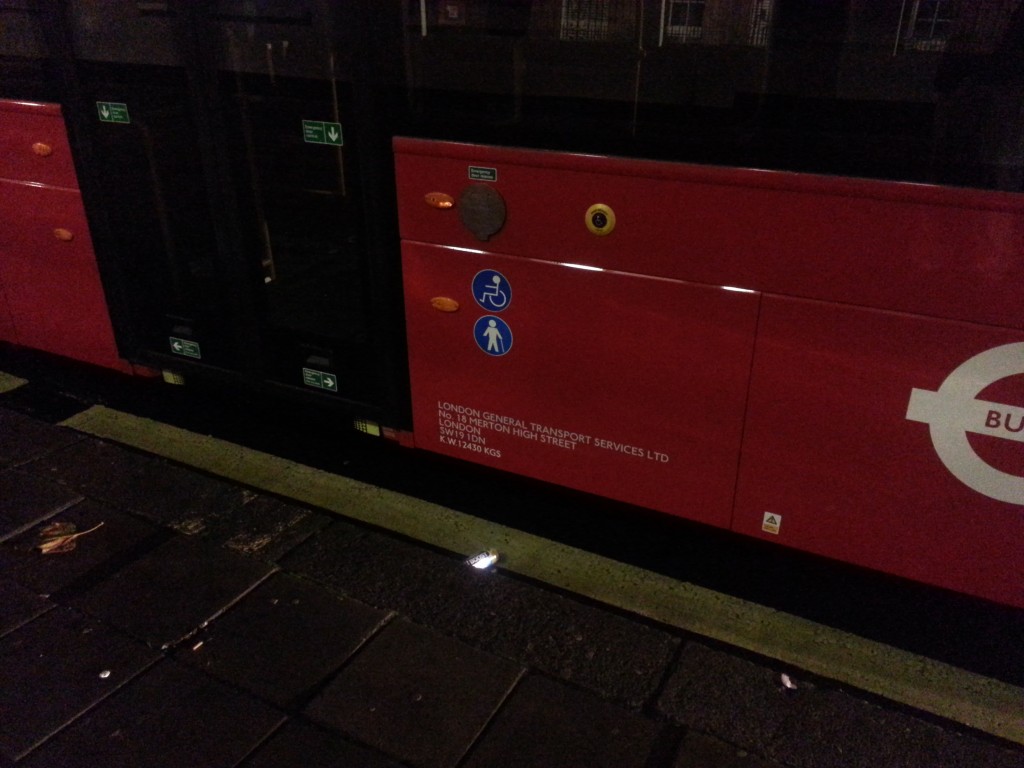 Yes, that’s 12430kg, over 300kg more than the last Euro V batch and within a whisker of the first production batch weight. This, obviously, means the capacity is reduced accordingly.  The original production weight of 12460kg resulted in a capacity restricted to, as we saw then, 62 seated/18 standing, so the best the latest ones can be is 81, six fewer than the double deckers previously operating the route, which is also a driver only route (the PVR is unchanged at 35).  Quite what benefit the 453’s customers get from this entirely defeats me.

Other Euro VI bus weights we know about – the first generation Enviro 400H also put on 300kg and is about 12205kg now, the imminent second generation MMC version is likely to be around 11500-11700kg, I reckon, and the third generation B5LH with Wrightbus bodywork is a svelte 11250kg or so, so the Lard Bus is now around 1250kg heavier than the state of the art.  This won’t do wonders for its already poor fuel economy.

That the bus was going to be overtaken by technology in a fast-moving market was inevitable, but that this happens just as TfL spunks another few million on 200 more of them is frankly astounding, not least considering it’s recently been revealed that there is no business case for them:

A review of the business case of the original project produced a benefit cost ratio (BCR) of 15:1 for NRMs compared to hybrids, with one person operation and based on Euro V emissions differences. The emissions benefits for Euro VI NRM buses over Euro VI hybrids are expected to be marginal (as detailed in paragraph 3.9), which would reduce the BCR to around 0.2:1. However, given the popularity of NRMs with passengers (as noted in paragraphs 3.3 and 3.4) and their impact in driving up overall customer satisfaction and brand momentum for buses, it is considered that this is a worthwhile investment

The justification for these expensive boondoggles is purely down to notional customer satisfaction (I bet that wasn’t measured on the hottest day of the summer) and something called ‘brand momentum’, which sounds suspiciously like total BS – what’s wrong with running an efficient bus network for passengers to use, preferably without boiling them or jacking up fares to pay for a politician’s vanity project?  Also note that even TfL themselves are now accepting there are no environmental benefits either, as section 3.9 says:

NRMs with Euro V compliant engines are more fuel efficient and produce significantly lower levels of nitrogen oxide (NOx) and particulate matter (PM10) compared to other Euro V hybrid buses. On average, the NRMs introduced to date have improved fuel efficiency by almost 50 per cent compared to the diesel vehicles they have replaced. However given the advancement of Euro VI emission standards, which have ultra-low PM and NOx emissions across all vehicle types (80 per cent and 95 per cent reduction respectively), the PM and NOx benefits of NRM at Euro VI are marginal compared to standard Euro VI hybrids.

I’ll go further – these 200 extra buses, bought with no open tendering or competition, will be worse for both fuel economy and pollution than off the shelf 2014 model standard Euro VI hybrids like the B5LH and Enviro400H MMC, due to carrying at least a tonne of excess weight and having lower capacity.  They will not be hop on hop off (all future routes appear intended, like the 453, to be one person operated).  They will still be too long for many routes.  We’re supposedly getting 2000 of them by 2020, and I’m not sure London’s bus network finances can cope.  However, tucked away at the bottom was an admission that there may not be 2000 of the bloody thing after all:

TfL was able to purchase up to 1,000 buses from Wrightbus under the current contract. No decision was proposed on the order of the next 1,000 vehicles as other bus manufacturers were looking to develop their own double-decker buses with NRM features, which would give TfL options when considering future vehicle choices.

Which ‘NRM features’ would these be – the extra length that stops it running on some routes, the extra weight that reduces its capacity, the pointless rear door that attacks people, the hideous front end, the gloomy, airless interior?  Perhaps it might be better to forget these features and, say, buy 1000 regular, 11000kg hybrids and put the money saved into a fare cut?

On a serious note, it’s well past time for those responsible for this appalling waste of money (which is Peter Hendy and Leon Daniels, mainly) to be given a severe grilling by the London Assembly over the dodgy maths and assumptions being made here and properly held to account, not least over the apparently arbitrary exemptions granted to the NRM project for both value for money and passenger capacity.  Actually, it’s high time that the pair of them were replaced by people with a proper public service ethos and fresh ideas, since with Boris permanently off the job now they’re beginning to run TfL as a personal project rather than a public body.  As a reminder to the pair of them, the job of London Buses is to move Londoners efficiently by bus, not build ‘icons’, puff the ego of the ludicrous Thomas Heatherwick with his apparently insatiable appetite for public money, pick and choose companies to receive millions of pounds of public money or go on ludicrous tours of hot countries to sell a bus with no air conditioning that broils its passengers even in London.